These northern sections of the Long Path slope down from the edge of the Catskills into the Mohawk River Valley. The hills of the western sections give way to gentle rises and falls shaped by glaciers and water punctuated by sharp cliffs of escarpments formed by tilted rock layers. Most of the lands have been settled for a long time and have remained productive farm or forest. Much of the trail passes through nature that has been coerced by civilization to behave in certain ways, either by being farmed for generations, or used as a managed forest for the supply of lumber. 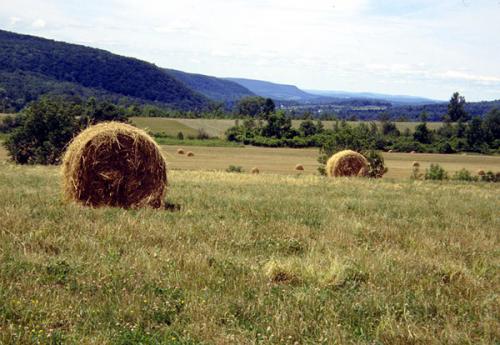